The article reported that “Eleven Mission residents were presented with Queen’s Diamond Jubilee medals by MP Randy Kamp at Cedarbrooke Chateau on Nov. 3.” 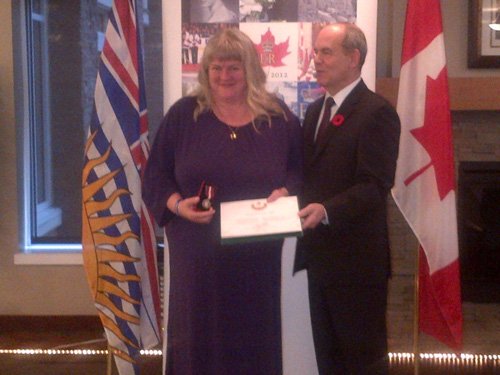 Among the Award recipients was LINC’s Sherry Edmunds-Flett. The Mission City Record included the following about Sherry:

Later on, Sherry earned a Masters in African Area Studies from the University of California, Los Angeles and earned doctoral candidate status in History at Simon Fraser University.

Sherry met her husband Glenn while he was in prison and teaching Adult Basic Education in provincial prisons. Sherry and Glenn then founded the Long-Term Inmates Now in the Community (L.I.N.C.) Society which seeks to positively intervene in the lives of persons sentenced to lengthy terms of incarceration and in the lives of their families. 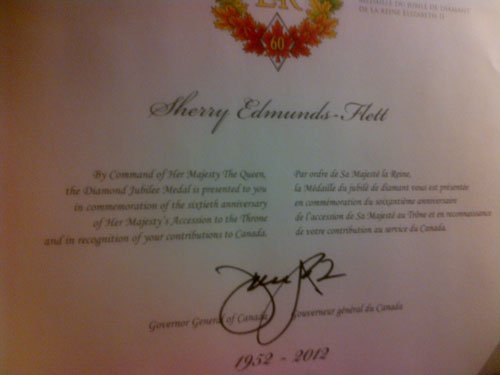 Sherry has successfully promoted her philosophy of restorative justice by helping offenders reintegrate into their communities to become positive contributors. Sherry’s efforts have brought hope to many who otherwise would have found themselves hopeless.”