Emma’s Acres: An Innovative Approach to Stewarding the Land in the Fraser Valley

“We formed to help people who are transitioning out of prison have a place to belong; to try to create a sense of community.”  -Sherry Edmunds-Flett, Executive Director, L.I.N.C. Society 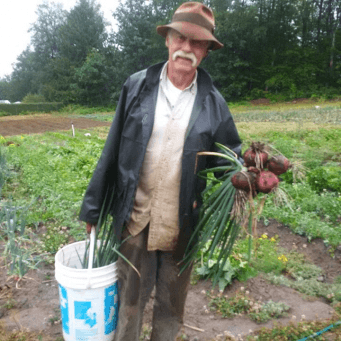 It was five years ago when Glen Flett and Sherry Edmunds-Flett first laid their eyes on a Mission community garden with a big vision in mind. Today, their vision manifests as Emma’s Acres – an 8-acre farm in the Fraser Valley’s District of Mission. Emma’s Acres integrates small-scale sustainable family farming with social enterprise and community development.

The story begins with Sherry’s participation in the Mission Food Access Network (M.F.A.N.); a community network convening key partners around food security throughout Mission. She had heard about the underutilized community garden through M.F.A.N.  Sherry’s husband Glen, L.I.N.C’s founder and project manager of L.I.N.C.’s  garden and farm programs worked hard to restore the garden with prisoners who came out on community service passes from nearby federal institutions. In that first year, L.I.N.C. was able to sell $800 worth of produce grown from their two plots that they contributed to a survivor’s homicide support group.

Sherry and Glen connected with Mission’s now former mayor, Ted Adlem, at a National Victims of Crime awareness week forum that they organized. Buoyed by their first successful social enterprise experiment,  they were seeking more land to farm. The District of Mission got on board and offered to lease to them eight acres of wooded land that was slated for future expansion of the cemetery located across the road.

Established on repurposed land not traditionally slated for agriculture,  Emma’s Acres is a thriving sustainable agriculture system that supports local food security in the District of Mission by selling produce at farmer’s markets in Mission, to local non-profits, stores and restaurants as well as donating produce to local food programs and the food bank.  Their social enterprise model is succeeding; only a few years after the initial $800 in annual sales, Emma’s Acres made $25,000 from food sales in 2015. There are hopes to expand the farm in the near future by adding a second greenhouse, beehives, chickens, and goats.

What is particularly special about Emma’s Acres is the role farming and food security are being used to engage with a unique community: people impacted by the criminal justice system. The farm focuses on providing people transitioning out of prison with an opportunity to reintegrate into the community while gaining employable skills. Emma’s Acres also engages victims as a way of supporting relationships between offenders and victims towards restorative justice: an approach that focuses on the needs of victims and communities emphasizing offender accountability, healing, and repairing harm. (More on restorative justice efforts in BC.)

When it comes to managing the farm, project manager Glenn, an ex-offender himself, is a self-described “collaborative boss” explaining his process of supporting decision-making through conversation with his farmworkers: “We sit down and talk about our ideas and collaborate with each other and I think that’s one of the reasons it works for the prisoners. They get a really good sense of ownership and feel like they’re a part of it. It’s not just like they’re being ordered to do this or that. We empower people to make their own choices and we’re not dictating to them and that helps.”

Glen has dreams of growing the social enterprise even larger and using profits to eventually build a healing centre for survivors of serious crime. 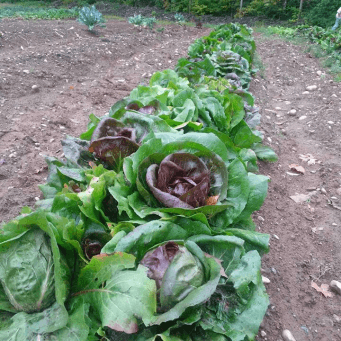 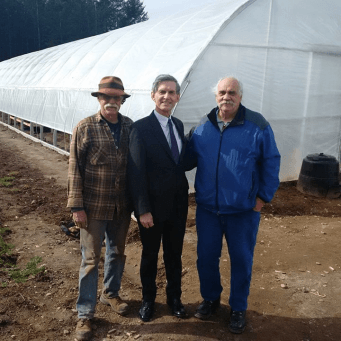 For more information about this initiative:

This article first published on BC Food Security Gateway