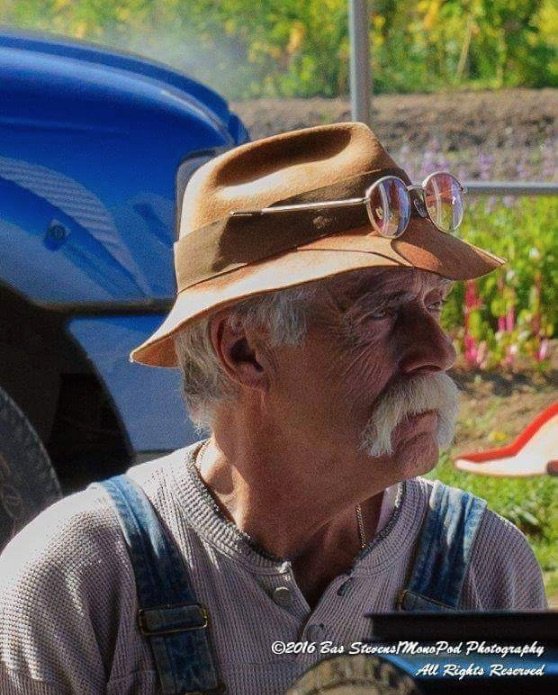 Glen was predeceased by his parents and brother Brock. He is survived by his loving wife Sherry Lyn Edmunds-Flett, daughter Victoria (spouse Zachery) and sons Jonathan, Clayton and Justin; grandchildren Kaylie, John Riley, Devin, Huckleberry, Luke and John Oliver. He is also survived by numerous nephews, nieces and cousins.

Glen Flett was born in Victoria, British Columbia and was the youngest son of Arnold and Evelyn Flett. He was named after his great-grandfather John Flett, a cooper with the Hudson’s Bay Company who emigrated to Victoria from Stromness, Orkney Islands, Scotland in 1842. Growing up in Oak Bay, Glen attended Monterey Elementary School and then Lansdowne and Oak Bay High Schools.

In trouble with the law since he was a child, Glen spent twenty-three years behind bars. He was sentenced to 21 years to life in 1980 for shooting to death a Hudson’s Bay store manager during a Brink’s hold-up in Toronto.

After years of living a violent crime-filled life, Glen became a Christian while he was at Kent Institution in 1982. The Lord then began to move in his life in a mighty way. Glen’s sentence was reduced by the Ontario Court of Appeal to 14 years to life. In 1987, he married his wife Sherry Edmunds at William Head Institution on Vancouver Island. Granted Parole in 1992, Glen was the founder and co-facilitator of L.I.N.C. (Long-term Inmates Now in the Community). A non-profit registered charity, L.I.N.C. has actively operated for over 27 years. The Mission of L.I.N.C. is to promote equality and justice for all by advancing the basic principles of restorative justice through positive intervention in the lives of persons sentenced to lengthy terms of incarceration and in the lives of their families.

Operated by L.I.N.C., Emma’s Acres is an agricultural social enterprise business that employs survivors/victims, ex-offenders and offenders. The farm is on a 3.2 hectare property leased to L.I.N.C. by the District of Mission. The vegetables, herbs and fruit are sold in the community and some is donated to local non-profit groups in the District of Mission including the food banks and the community kitchen. The proceeds of the social enterprise business fund the work of the L.I.N.C. Society in the community and its work with survivors of serious crime.

In 1996, Glen was awarded the University College of the Fraser Valley’s Volunteer of the Year award for another programme he developed called Partners in Learning which pairs tutors from a Minimum-Security Institution with at-risk youth in alternative schools in Mission and Abbotsford. He was nominated twice for the Ron Wiebe Restorative Justice Award. Glen is being honored posthumously with the Commissioner’s Commendation Award from the Correctional Service of Canada. Glen believed strongly in the concept of transformative justice with its empowerment of victims and ultimate goal of a safer community for all.

On-line memories may be made on the Woodlawn Funeral Home site: https://www.dignitymemorial.com

Glen will be buried at Ross Bay Cemetery on Fairfield Road, Victoria in the family plot. Celebrations of Life for Glen Flett are planned to be held in May, 2020 in order to enable people from inside prison to make arrangements to attend.

In lieu of flowers, donations may be made in Glen’s memory to the registered non-profit charity he founded: