John Allore has worked in victim advocacy since 2002. He maintains the website, Who Killed Theresa?, one of the first crime blogs on the internet which details the investigation into the unsolved murder of his sister, Theresa Allore. John was a founding board member for CAVA, the Canadian Association for Victim Assistance, and a founding member of AFPAD, Quebec’s Association des Familles de Personnes Assassinees ou Disparues. He has been invited to present at victim and justice conferences across North America. John is a graduate of Trinity College, the University of Toronto, and holds a Masters in Public Administration with a specialization in Justice Administration from North Carolina State University. He is the Assistant Budget Director for the City of Durham, North Carolina.

Kate has been working as an employment/vocational counsellor with employment barriered persons for the past 12 years. Her clients include offenders, youth at risk, women in crisis and those affected by Fetal Alcohol Syndrome/Effect (FAS/E). She holds the RRP Designation (Registered Rehabilitation Professional, PID (Provincial Instructor Diploma), ECTC (Employment Counselling Training Certificate), and is currently completing her final courses in the Bachelor of Education degree program. Kate has facilitated workshops and training seminars for groups and clients throughout Canada and western Washington.

Marjean Fichtenberg is the mother of a murder victim. She is a past board member of Citizens United for Safety and Justice, the first victims’ advocate group in Canada. Marjean is also a member of the Canadian Association of Victim Advocates (CAVA) board. In 1996, she was instrumental in establishing a victims’ advisory committee to the Correctional Service of Canada, and the National Parole Board in the Pacific Region. For the past five years, she has served on the board of directors for the Ottawa-based Canadian Resource Centre for Victims of Crime. She has given numerous presentations and workshops to various key players and groups in the criminal justice system.

Born in St. John New Brunswick, Ron McCann has over two decades of lived incarceration experience. Ron is an electrical apprentice and has taken horticultural courses through the Burnaby School District. He was a member of Toastmasters for five years and was trained as a peer counsellor inside prison. In his spare time, Ron likes to can and bake with his wife Rita. Ron believes in the work L.I,N,C, does and wanted to give back, so he has stepped forth to be on the Society’s board of directors.

Born and raised in Chilliwack, Randie worked for over 35 years for the Correctional Service of Canada in varying capacities at BC Penitentiary, Mountain Prison, Sumas Centre, Matsqui Institution, William Head Institution, the Regional Psychiatric Centre Regional Headquarters Pacific Region and National Headquarters in Ottawa. He was on special assignment in Kandahar, Afghanistan as the Deputy Director Correctional Operations from 2008-2009. 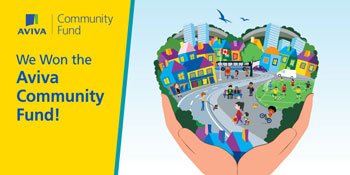