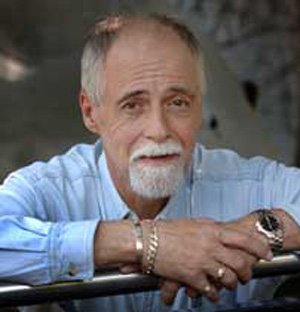 In trouble with the law since he was a child, Glen spent twenty-three years behind bars. He was sentenced to 21 years to life in 1980 for shooting to death a Hudson’s Bay store manager during a Brink’s hold-up in Toronto.

After years of living a violent crime filled life, Glen became a Christian while he was at Kent Institution in 1982. The Lord then began to move in his life in a mighty way. Glen’s sentence was reduced by the Ontario Court of Appeal to 14 years to life. In 1987, he married his wife Sherry at William Head Institution. Paroled in 1992, Glen is the founder and co-facilitator of L.I.N.C. (Long-term Inmates Now in the Community).

In 1996, Glen was awarded the University College of the Fraser Valley’s volunteer of the year award for another programme he developed called Partners in Learning which pairs tutors from Ferndale Institution with at risk youth in alternative schools in Mission and Abbotsford. He believes strongly in the concept of restorative justice with its empowerment of victims and ultimate goal of a safer community for all.

Unfortunately, Glen passed away of small cell lung cancer on October 26th, 2019. Though Glen is no longer with us in person, his life’s work, vision and dream of transforming the Canadian justice system continue through the L.I.N.C. Society.

Sherry was born and raised in the “prison capital of Canada” Kingston, Ontario. She graduated from Queen’s University in 1982 with a BA Honours in Sociology. She wrote her Honours thesis under the direction of Hans Mohr of the Law Reform Commission. A year later, Sherry graduated with a Bachelor of Education in English and Music from Queen’s.Her graduate degrees include: a Masters in African Area Studies from the University of California, Los Angeles (1988) and doctoral candidate status in History from Simon Fraser University.

Sherry is a founding member of the Black Canadian Studies Association and a lifetime member of the Association of Black Women Historians. A published writer, her work includes a chapter in Telling Tales: Women in Western Canadian History (UBC Press Fall 2000) and two entries in the Dictionary of Canadian Biography (University of Toronto Press Fall 2005). Sherry met and married her husband Glenn Flett while he was in prison. She taught adult basic education in provincial prisons in B.C. for seven years before becoming the executive director of the non-profit L.I.N.C. Society which she co-founded with Glenn. Glenn and Sherry live in Mission along with the love of their life- their thirteen year-old daughter Victoria aka “Twinkie”, their dog Lilly, and their cats Bianca, Bugsy, Magic, Little Kitty, Matt and Tippy.

Victoria is passionate about food security, alternatives to plastics and fostering communities of inclusion and support. Victoria takes care of L.I.N.C. media releases and social media updating. With strong organization and communication skills, web and social media literacy, and a background in management, Victoria ensures L.I.N.C. programs and projects reach wide audiences, clearly articulate our philosophy of fostering social and environmental sustainability, and create as much impact as possible.  Victoria believes in her fathers vision. 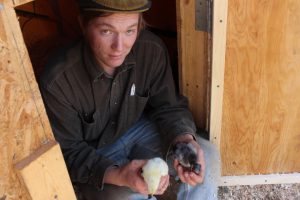 Zach is long-term partner to Victoria. Together, they have one son, John-Oliver, grandson to Glen and Sherry.

He is an innovator and pragmatist with excellent research skills, and a passion for sustainability. Zach’s natural abilities in sustainable farming have contributed much to Emma’s Acres, L.I.N.C.’s sustainable agricultural social enterprise. He has a strong focus in permaculture, natural farming methods and open source information sharing. Zach successfully introduced both ginger and biochar to Emma’s Acres. 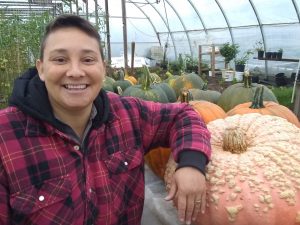